[I received a free advance review copy in exchange for an honest review]
I’m sobbing.
I’M DOWNRIGHT SOBBING THIS WAS SO GOOD.
Not the cute kind of sobbing with a couple of tears running down my face. Nope, none of that.
It’s the ugly kind. The one where you get under-eye bags for days afterwards.

I didn’t realize how much I’ve missed YA contemporaries until now. Because I honestly gave up on them after Jandy Nelson’s books, I’ll Give You The Sun and The Sky Is Everywhere, because every book I read afterwards just didn’t come close to their perfection. But then this one was like a mashup of these two, only it was way more exotic and beautiful. I loved it. I absolutely adored every Paintbrush commune member. Every single member was their own person, and I know it sounds lame but I literally mean it. The characters felt so friggin real. And I wanted to be a part of it. A part of Paintbrush. I want to go around mowing the grass on weekends. Plant some tomatoes, take a dip in the lake… IT’S A DREAM COME TRUE. Now that is a place I’d love to grow old in.
The issues presented were so simple but they seriously hit me so hard. Like, oh my God, I did NOT expect to actually sympathize with Josie’s mom, but I seriously figured her out after they had that talk. It was all so weird, I actually hated on her, exactly the way Josie did at first. But the way she actually had an explanation for every single decision she made and still makes for the sake of her daughters… It’s weird, yes. But it totally made sense.
The chemistry between the Paintbrush members was overwhelming. No awkwardness. Josie and Mitchell grew up around those people. Everyone grew up around everyone. The ties, the friendships, the heartbreak… it was all so beautiful.
That day Eric and Wendy went out to do an ’emergency diaper run’ *wink wink* and left Lucy with NED, of all people. And then everyone was passing Lucy around as if she were the plague itself and then it was Bernie’s turn and he was all like:

Bernie takes a step back. “No can do,” he says. “I don’t do babies.”
“What in the world are you talking about?” demands Ned.
Bernie shrugs. “They creep me out,” he calls back, his voice loud over the screams. “They’re like little tiny people.”
[Mitchell]: “You know, Bernie. I never thought of it that way,” I say slowly. “But now that you mention it, babies are kind of like people.”
“See?” He point to me. “He gets it.”

And then there’s Leah. I LOVE HER SO MUCH, DAMMIT.

She opens her mouth to respond, but then something behind me makes her eyes widen. “Code red, code red,” she mutters. “The eagle has landed. The package has been delivered. The chicken has crossed the road.”
[Josie] I whip around and come face to face with Mitchell. He wears a politely confused expression.
“Chicken?’ he asks.
“We were just talking about you!” Leah exclaims, beaming.

And I can’t believe I just realized this but I seriously ship her with Cord. I think they’d fit perfectly together. Their weird sense of humor, and there’s that other thing… OKAY, so it’s probably just the weird sense of humor, but whatever. I ship them. Strongly.
Then there’s Josie and Mitchell, and I’m a sucker for best friends that realize afterwards how hot the other person is and then suddenly there are feelings and sweaty palms and stuttering and BUTTERFLIES. It was all too much. All too cute. 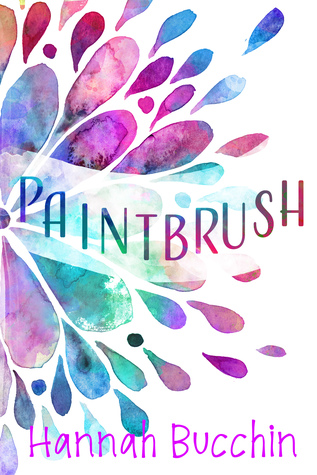 Mitchell Morrison and Josie Sedgwick have spent their whole lives at the Indian Paintbrush Community Village, a commune full of colorful characters tucked in the mountains of North Carolina, and they aren’t particularly close–at least, not anymore. Josie wishes she could spend all of her time at Paintbrush planting tomatoes, hiking the trails, or throwing giant communal birthday parties, while Mitchell can’t wait to escape the bizarre spiritual sharing and noisy community dinners. Luckily for both of them, high school graduation is just around the corner.

But when Mitchell’s mother makes a scandalous announcement that rocks the close-knit Paintbrush community, and Josie’s younger sister starts to make some dangerously bad decisions, the two find themselves leaning on each other for support – and looking at each other in a whole new light. Their childhood friendship blossoms in to something more as they deal with their insane families, but as graduation approaches, so does life in the real world, forcing Josie and Mitchell to figure out what, exactly, their relationship is – and if it can survive their very different plans for the future.

Reading is my sanctuary, and reviewing a book gives me the closure I need to move on to the next one. View all posts by Nadwa @ painfullyfictional 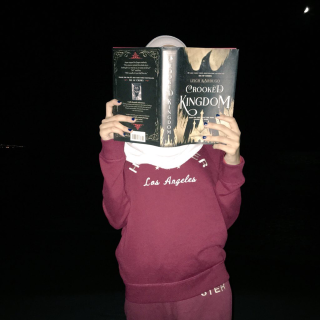 Reading is my sanctuary, and reviewing a book gives me the closure I need to move on to the next one.

The Sun Is Also A Star

Ten Thousand Skies Above You

It Ends With Us

Holding Up The Universe

The Sky Is Everywhere

I do not own any of the watercolor graphics. They are RF unless otherwise noted. Book covers via Goodreads. If you find any work here that belongs to you & would like it removed, please email me & it will be removed immediately. no questions asked.